Outdoor Column
By Mike Schoonveld
March 1, 2020
I’ve written upbeat columns detailing how certain portions of the outdoor industry is booming. New and used boat sales are up. Two decades ago so many people embraced the then new GPS technology that DNRs, the Forest Service and other land holding agencies had to consider regulations dealing with geocaching. Kayaking and kayak fishing has exploded along with other paddle sports becoming more popular. People seemed to be inventing new ways to play outdoors.
I’ve written downbeat columns as well. Fish and game management agencies are troubled because their budgets are being strained by stagnant or declining fishing, hunting and trapping license sales. Part of the issue is an aging demographic, part of it is a changing demographic.
Programs like R3 - Recruit, Retain, Reactivate, the Outdoor Industry Association’s Plus One campaign, the Recreational Boating and Fishing Foundation’s 60 in 60 initiative and others are helping to some degree or at least stemming the downward trends. I support them all.
The Outdoor Foundation, the philanthropic arm of Outdoor Industry Association (OIA), recently released their latest Outdoor Participation Report. As in many of these reports, the content is filled with statistics, trends, graphs and other numbers. One number popped up on my computer screen recently which hit me like a blast from an NFL linebacker.
While the information showed about half the U.S. population participated in outdoor recreation including hunting, fishing, hiking, camping, canoeing and biking among many more outdoor activities. This number lumped guys like me who participate several days weekly with people who only occasionally engage in outdoor recreation.
The part that alarmed me the most was the statistics which showed the alarming trend that just under half the U.S. population does not participate in outdoor recreation at all. That’s at all, not just hunting or fishing, it says zero. No fishing, no strolls through the park or skydiving, downhill skiing or even golf - ZERO!
For many of us, the idea of not being outside is inconceivable. But according to the Outdoor Foundation’s latest study, nearly half our neighbors have no idea what they’re missing.
These surveys were conducted just last year but asked about the outdoor habits (or lack of them) of participants for the year 2018. Here’s a couple more numbers which struck me. Americans went on one billion fewer outdoor outings in 2018 than they did in 2008.
Kids went on 15 percent fewer annual outings in 2018 than they did in 2012.
The report wanted to detail at least a couple of positives. The best the report writers could detail was female outdoor participation increased by an average of 1.7 percent over the last three years and Hispanic participation in the outdoors was the strongest among ethnic groups.
It’s going to take more than just additional Hispanic hunters, anglers and skiers or 1.7 increase in percent female participation rate to stem the tide. It’s also going to take more than R3, 60 in 60 or Plus One programs. Not to belittle these government and non-government organizational programs and initiatives. They are great; but just as the government’s war on poverty has had little affect on poverty rates and the numerous NGO anti-drug programs didn’t prevent the opioid crisis, don’t expect these relatively expensive institutional initiatives to solve the problem.
What is needed is to supplement these programs with a truly grass roots effort every hunter, hiker, trapper or fisherman can do quite simply. Find someone - it shouldn’t be hard if half the people in the country are in the group - find someone, and invite them to step outside with you.
They don’t have to be youths - but introducing youths is certainly important. They don’t have to be strangers. That’s scary. Take a family member - brother, sister, nephew or your mom.
It doesn’t have to be long or far away. Sixty three percent of the outdoor people responding to the survey reported going outside most often within 10 miles of their home.
If every hunter, angler, canoeist or other outdoor recreationalist took just one “indoorsman” along with them once or twice each year and if one in ten of those indoor oriented people became regular participants in outdoor pursuits, the trends would be reversed. I’d then have another optimistic topic to write about and I’m looking forward to it - with your help. 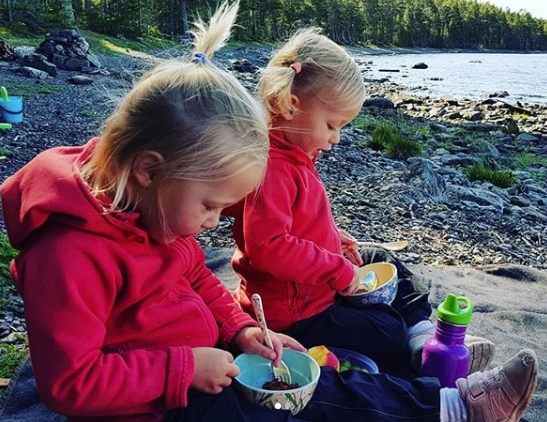 Getting people outdoors doing anything is more important than ever. More than half of Americans never go outside.