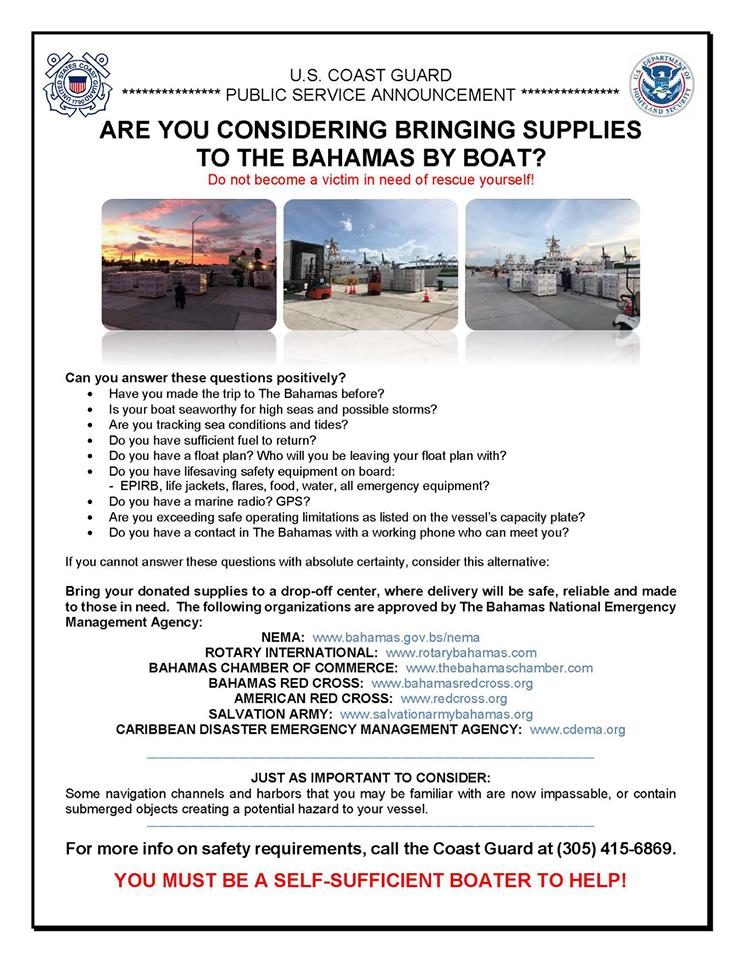 NACO Activity Report:
Recently, while in DC, NACO President Bob Zales, II did a radio show with Bobs nowakezone with Capt. Bob May of the Lake of the Ozarks.  Bob May is the one who helped get the charter guys from that area to become a NACO sponsoring association with their key issue at the time the illegal charters. We have been very successful in working with the USCG on this issue all over the country and he had two issues to talk about as a result of the info Susan sends out, the Maritime documentation center and the 8 vessels busted in Destin for illegal charters.  I provided answers to his questions and explained how easy it is to renew your vessel document.  NACO will be heard about up in that area thanks to Capt May.

While in DC for the National Ocean Policy Coalition hill meetings to discuss ocean policy issues and thank those who helped us have the Obama policy rescinded and a new Trump policy put in place.  Senator Wicker (MS) and several others have introduced S2166 which is a bill that will establish regional ocean partnerships of which currently there are 4, one in the Gulf, 2 in the NE, and 1 on the west coast.  These have been in existence and generally work with input from stakeholders and industry from the ground up rather than the Obama policy that established regional planning bodies which were mostly populated by folks from different fed agencies and had very little participation from stakeholders or industry till after the fact.  We are supporting this legislation as it will set in stone the partnerships and allow them to be used to provide government with info to help with ocean policy issues.

I also was able to meet with Rep Young’s Fishery person to discuss his recently introduced MSA reauthorization bill.  This bill is very similar to the one he introduced last year and currently has support from most major fishing organizations.  There is some language where the for hire charter sector is left out and we discussed the need to include us.  I also reached out to the AK Board members to see if they had any issues which they did in reference to their restricted halibut fishery and funding for their RQE program.  Currently there is no companion bill in the Senate and at this time no one seems to know who will step up to introduce one.  She (Rep Young’s Fishery person) also told me that with everything going on in the government that the odds of the bill being passed in any form this year are slim and next year even slimmer since the Presidential election is next year.  I will be paying a lot of attention to this as we near the end of the year.

Some of you may be aware of the offshore wind farm movement especially in the North England.  Apparently this movement is moving full speed ahead and fisheries and fishing industry is not being included as we should be in the process.  There are leases already granted in the Gulf and West Coast so I was able to strongly recommend we be included in any and all planning to let folks know where we would be affected.  This is a new issue and one we need to stay upfront on.

In the Gulf the NMFS has issued a final rule to list the Brydes Whale as endangered.  While this may sound ok and simple, in fact, I learned this week that the listing may create issues where some of us fish.  A biological opinion may or may not be created but word underground is the NMFS may be creating no fishing zones in areas where the whales travel.  As I learn more I will keep folks informed.

This was a good trip as I met with folks I haven’t seen in a year or two and they remembered me and issues we discussed.  The Chair of the Council on Environmental Quality,  Mary Neumayr, remembered me from 2 years ago when we last met with her on the Ocean Policy issues.  This was encouraging to me as apparently I have made an impact on some of these folks.  I think we will have a good relationship with folks in DC in the future so hopefully will be able to continue our success in easing regulations and costs for the membership.