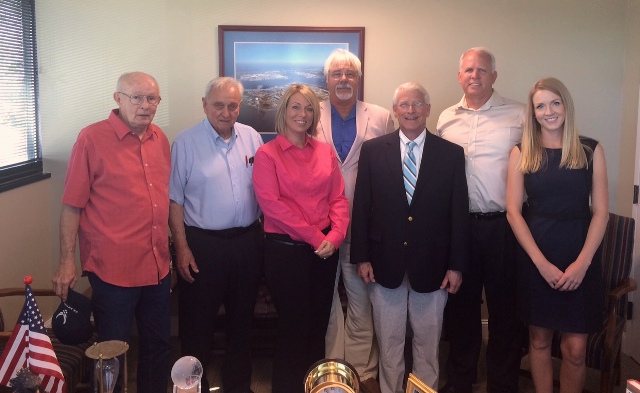 NACO's Capt. Bob Zales, Capt. Tom Becker, and Susan Mason-Yadav in collaboration with our friends from California, Capt. Roger Thomas of Golden Gate Fisherman's Association and Sportfishing Association of California's Ken Franke and Alayna Siddall put some boots to the ground to visit with Senator Wicker in his Gulfport office this week, It's good to know that we have people like Senator Wicker in office taking his time to understand how certain regulations impact the Charter Industry.

The Department  of State, as authorized under the Atlantic Tunas Convention Act (ATCA), has appointed Mr. Ray Bogan as an alternate
to serve as the U.S Recreational Commissioner to the International Commission for the Conservation of Atlantic Tunas (ICCAT).  This
position is a Presidential Appointment so Ray will serve until such time as the President makes the appointment.  Since the Department
of State has placed Ray in this position he is in a great position to receive the Presidential appointment.

Capt. Bob Zales, II, President of NACO, stated, “I have known Ray for many years and have worked with him on a host of recreational
fishing issues, including working with him as a member of the U.S. ICCAT Advisory Committee.  Ray is an excellent choice to serve as
the U.S. Recreational Commissioner to ICCAT which is why NACO fully endorsed and recommended Ray for the position.”

NACO will continue to recommend and endorse Ray for the full appointment. His lifelong involvement in his family charter/headboat
business, his work for all recreational anglers, and his vast knowledge of fisheries and the management system makes him the best choice
for the position.

We offer our sincere congratulations to Ray.